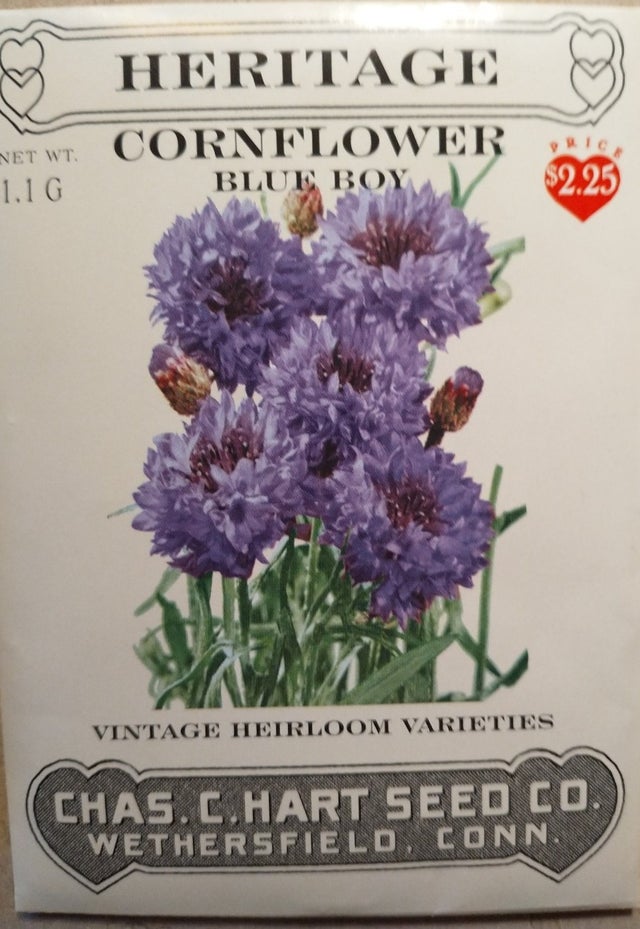 Cornflowers, so called in England where they often self sow in corn fields were brought to the Americas in the 17th century. Better known today as Bachelor's Buttons, these blue beauties were worn by returning sailors to signify they were available to marry.

Sold out
Add to Cart